Raben will help save storks in Czechia

Voting for eco-projects has come to an end

Storks win! - This was the decision of Internet users who took part in the voting for eco-projects organized on the occasion of the 90th anniversary of Raben Group. The concept of creating a bird oasis in the Czech Republic received more than 43% of the votes and will receive funding from the logistics operator. The realization of the project will begin next year.

Three environmental initiatives, 62 days of rivalry and over half a million cast votes - the final stage of the Eco2Way ecological journey, which is also an element of Raben Group anniversary celebrations, was filled with emotions. The list of 21 locations in Europe, which have suffered as a consequence of human activities, were narrowed down to three, and the decision which project deserved funding the most was left by Raben Group to its stakeholders.  From 30 September to 30 November, customers and employees of the company as well as all Internet users could vote every day for one of the three projects: the protection of bats in the forests of northern Baden-Württemberg, cleaning of beaches in Italy with an underwater drone, and the creation of an oasis for white storks in the Czech Republic.

“In our Eco2Way tour videos, you can see many places which are at risk as a result of climate change, or which have suffered a lot due to human interference. If we don't take care of our planet together today, our children will have a problem. - said Ewald Raben, CEO of Raben Group - “That's why, as part of our 90th anniversary, we have decided to make a gift to ourselves and the future generations - to finance one of the ecological initiatives. Which one? We leave that choice in the hands of our stakeholders.”

The fight was fierce with supporters of both species of winged creatures competing against each other until the last moment. The winner was the project to help storks in the Czech Republic and it received over 283 thousand votes, which accounts for over  43% of all the votes cast in the ballot. One might venture to say that it won by a hair (or perhaps a feather) over the bat conservation project in Germany as it won by less than a thousand votes. During the two months of the contest, almost 655 thousand votes were cast by nature lovers from all over the world, from Poland to Japan.

“It is hard to imagine our lives without logistics but we cannot ignore the impact it undoubtedly has on the environment. Raben Group is aware of this fact and, guided by social responsibility, we have been trying to minimize this impact for a long time. One of the ways to do that is to support projects focused on environmental protection - says Jakub Trnka, Managing Director of Raben Logistics Czech. - I am very pleased that it was the Czech project that won the voting. I am proud that we are going to be the general partner of this project and once again we can help to achieve a noble goal - he adds.

The winning initiative will create an area with wetlands and ponds with the total area of 40,000 m2 in Dvůr Králové nad Labem, which will help to increase the population of these birds from a few dozen to several hundred annually and increase the number of nests and resting places along migration routes.

“The project has received tremendous support from stork enthusiasts not only from the Czech Republic, but from all over the world.” - says David Číp from the Rescue Station for Injured Animals in Jaroměř. – “We are facing a wonderful and important challenge. We will be happy to take advantage of active support of the public, including companies and schools, who can join us and learn many interesting things about nature during teambuilding activities. We are looking forward to seeing all of you there. We wish to thank the general partner of the project - Raben Group, the representatives of Dvůr Králové nad Labem and all stork fans for their support.”

Protecting birds is linked with preservation of many other species (including butterflies, insects, lizards, frogs) as well as plants (in this particular case it will be rare species of orchids), and therefore it guarantees a healthy ecosystem. It will also be the benefit for people who need wetlands as natural air conditioning, as a repository for greenhouse gases, and to prevent droughts and flooding. The project will be implemented by ČSOP JARO Jaroměř, it will start next year and it will be divided into several stages which will last several years. The plan assumes the development of minimum 500 m2 every year. Work progress depends on the agreement with the landowners and how much of their land they are willing to cede or to sell.

Story about storks in Czechia 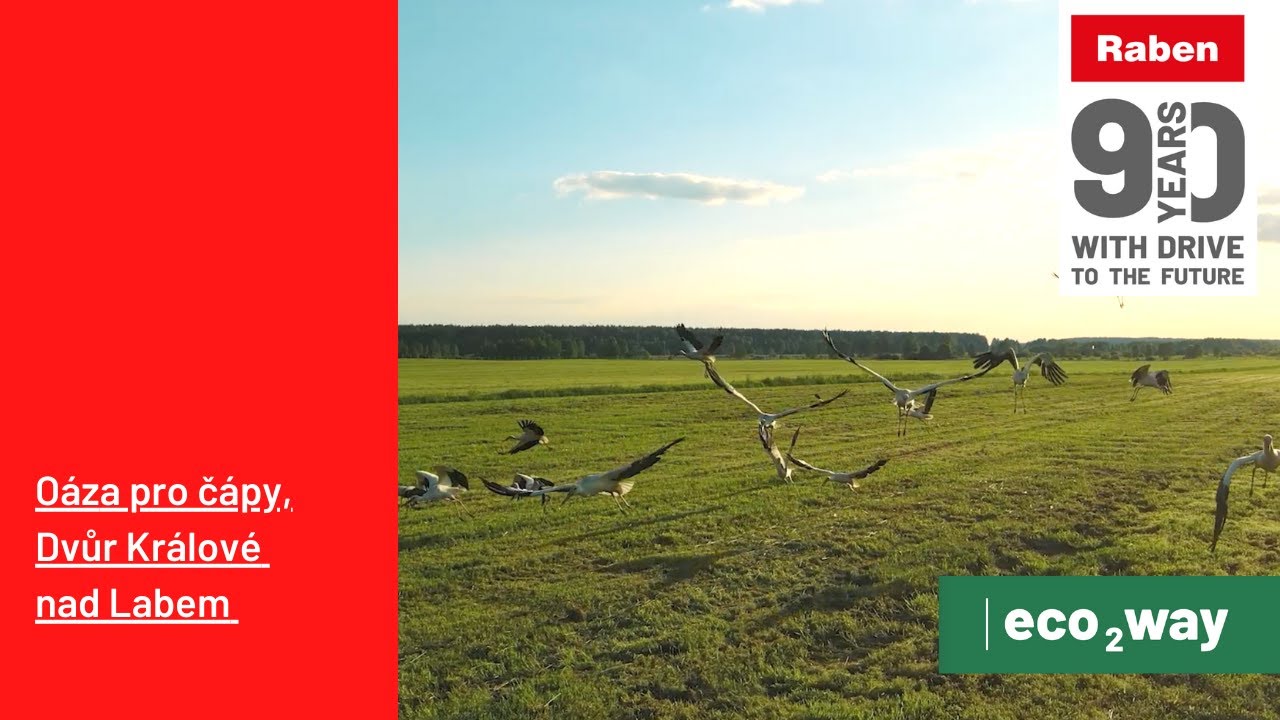